When organisers of last year's Sustainable St.Albans week looked at feedback from all the week's events, films topped the bill for enjoyment and motivation. And with St.Albans Film Festival upon us once more there's no better time to check out a green film. So, with the help of Gail Jackson, who's screened many green films for Sustainable St.Albans over the years, I've put together some top picks.

No list of green films would be complete without A Plastic Ocean. The brain child of Jo Ruxton, who worked with Sir David Attenborough on Blue Planet, the film explores the problems that plastic causes in the marine environment and the damage it does to wildlife. Much of the film is beautiful, in contrast to the harrowing images of sea birds with stomachs full of plastic, but the film ends on  positive note showing people taking positive action to fight plastic pollution. Above all, the film is motivating. After it was shown at the Odyssey, Plastic Free St.Albans reported a huge spike in interest.

Another film about waste is The Clean Bin Project. The lovely thing about this and its sister film Just Eat It, are that whilst they are packed with information they are still entertaining and, in parts, really quite funny. Jen and Grant challenge each other to go a full year without throwing anything away and we follow the difficulties they encounter and what they learn about the sheer scale of the waste problem. Even children enjoy this film. Just Eat It shows Jen and Grant this time spending a year eating only food that would otherwise go to waste. They take a look at the immense resources that go into producing our food and, at a time when we are more focused on plastic waste, reminds us of the importance of the food waste issue.

I was reluctant to watch the film Cowspiracy, expecting a traumatic couple of hours watching factory farmed animals. Mercifully this is not the theme of the film. Instead it takes a look at the failure of environmental groups and politicians to address the damage that animal agriculture is doing to the planet. There's the odd disturbing image, but generally speaking this film uses infographics to persuade us of its case, and it's not without a touch of humour. It's a terrifically motivating film. Try getting the devoted carnivore in your life to watch this film and observe the effect!

If you like big name films, then try Before the Flood. It's a National Geographic film  featuring Leonardo DiCaprio on a journey as a United Nations Messenger of Peace. He talks to leaders uncovering campaigns of misinformation about climate change. The film empowers you to take action and to ask leaders to follow suit. It received rave reviews when it was screened at St.Paul's church last year.

The repertoire of films with an environmental theme extends to films aimed at kids too.

Everyone loves to endearing little robot Wall E. The idea of a post apocolyptic film doesn't sound promising, but Wall E brings so much charisma and hope to the ravaged earth far of the future that we can't help but be entertained by his antics whilst learning to value our wonderful planet.

Can a film about a dancing penguin raise our awareness of plastic pollution and over fishing? It most certainly can. Happy Feet is great kids film, with plenty for adults, that sneaks a more serious message into an hour or two of full on entertainment. Sustainable St.Albans are hosting a showing of this family film for St.Albans Film Festival - you can book your tickets now

As well as feature length environmental films, there are some great short films on sites like FilmsForAction.org - I particularly like The Story of Stuff - and some fantastic TED talks.

So whilst you're not enjoying some a great films showing at the St.Albans Film Festival, I hope you've found something here to get your teeth into at home with your friends and family. 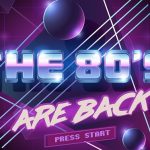