On Tuesdays Drive, Steve Simpson will be joined by local classical singer Louisa Alice-Rose who recently topped the iTunes classical charts with her first single  You Are Not Alone.  She tells us all about the experience of recording the track and her surprise as its success.  Radio Verulam brings a world exclusive preview of her next single , a new version of Ave Maria, released on the 20th December.

We will also hear from the Mayor of St Albans, Councillor Janet Smith, who will be bringing us all the details of her Festive Mask fundraiser on behalf of St Albans and Hertsmere Women’s refuge.

That is St Albans Drive on Radio Verulam 92.6FM , online at radioverulam.com and on your smart speaker, Tuesday from 4:00pm with Steve Simpson. 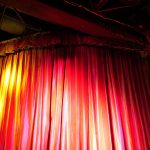 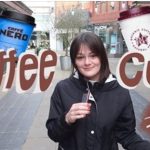 Sunday AT 8:00 am : Will you help Olivia keep coffee cups out of landfill?
MORE 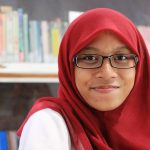