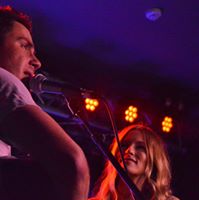 Guitarist and songwriter Neal Casal and performer and songwriter Donnie Fritts both passed away in the last week, so I will be paying tribute to them, Casal worked had a solo career and also worked with many artists, including Ryan Adams and Todd Snider. Donnie Fritts was oart of the Muscle Shoals Country Soul scene and wrote the classic song Breakfast In Bed.

There will also be music from Dolly Parton, Willie Nelson, Alan Jackson, Gretchen Peters and many more.

Stowe Family Law sponsors Verulam in the Morning
MORE
Michael Hingston2019-08-31T20:58:02+01:00August 31st, 2019|
We use cookies to ensure that we give you the best experience on our website. If you continue to use this site we will assume that you are happy with it. OkSee our privacy policy
Go to Top