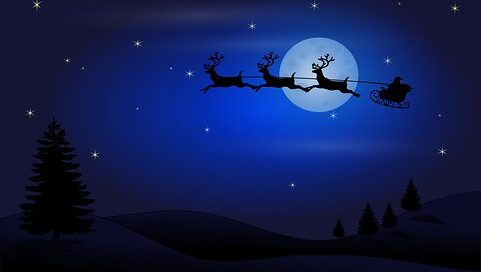 Join Dereck Ken and Stephen this Saturday for a festive Saturday Music Show on Radio Verulam 92.6 FM.  We kick off at 9 with a Flashback to December 1974, at 11-15 it’s December 1984. Ian Rogers has the latest news from St Albans City Football Club at 9-45 and we value a festive single just after 10. Stephen chooses two more 70’s Christmas crackers and Ken has loads of features including a festive Northern Soul song and a cover of a classic song as well as your dedications and Christmas greetings. There’s a festive  Kids Corner just after 11 and Dereck will also have a chat with two performer's from Watford Palace Theatre who are putting a brilliant online show on Saturday evening, the first interview is between 9 and 10, the second between 11 and midday. Tony Rice will have the latest sporting news at 11-30 and don’t forget our competition with the chance of winning a Morrison’s Christmas Hamper or a magnum of  Prosecco, Dereck will give you all the details between 9 and 11 and all entries must be in by 11am. Send your Christmas requests and dedications to dks@radioverulam.com, the same e mail address for the competition. All this on Radio Verulam 92.6FM in West Herts or online at www.radioverulam.com between 9am and midday this Saturday.

Stowe Family Law sponsors Verulam in the Morning
MORE
Dereck Staines2020-12-17T21:02:35+00:00December 17th, 2020|
We use cookies to ensure that we give you the best experience on our website. If you continue to use this site we will assume that you are happy with it. OkSee our privacy policy
Go to Top