'The voice of the Saints' Ian Rogers provides reports as the Saints continue their pre-season action travelling to Hendon. We are delighted to welcome back Watford FC's Head of Communication Richard Waker to learn about their transfer moves and plans for a fifth consecutive Premiership campaign.

Live reports too from around the Saracens Hertfordshire Cricket leagues and we review a truly 'Super Sunday.' Tweet your views on England's dramatic triumph in the One Day World Cup, Djokovic's 5th Wimbledon title in five sets over the ever green Roger Federer and another Silverstone victory for Stevenage's own Lewis Hamilton. Tweet to @verulamsport or call in on 01727 839 926

Plus we hear from St Albans Centurions Rugby League Team as they have a big final ahead and still remain in League contention.

All this and so much more, Verulam Sport with Tony Rice, Matthew Turvey and Jason McKenna 92.6 FM and online on www.radioverulam.com 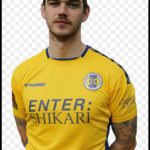 Stowe Family Law sponsors Verulam in the Morning
MORE
Tony Rice2019-07-19T22:19:21+01:00July 19th, 2019|
We use cookies to ensure that we give you the best experience on our website. If you continue to use this site we will assume that you are happy with it. OkSee our privacy policy
Go to Top