Skip to content
Music in the Museum: Jen Kearney 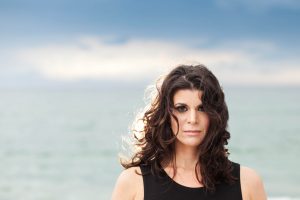 Every second Sunday of the month, Music in the Museum: Jazz presents the very best of jazz in a music performance taking place in the stunning Drawing Room, surrounded by the museum’s unique art collection and with spectacular views overlooking Wardown Park. Jen Kearney and her band are set for their debut performance at Wardown House. Kearney’s music and lyrics have met critical acclaim both nationally and internationally – she’s one to watch. The Band Line-up is: Johnny Heyes – Guitar Davide Giovannini – Drums Davide Mantovani – Bass Jen Kearney – Keyboards, Vocals Age Guidance: 12+ Special Offer: Purchase tickets for 3 or more Music in the Museum events in one transaction and save 30%. Jen Kearney: Biography Originally from Boston, Massachusetts, Jen Kearney has spent some time seasoning her particular style of original music. Her latest album, “Age of Blame” is truly an amalgamation of musical styles including Soul, R&B, Funk, Rock, and Latin. Kearney has recorded and released six studio albums, and has done session work on many other projects. She has toured both as a solo act and with a full band. She recently recorded and toured with the UK’s premier Latin Jazz group, Snowboy and the Latin Section and has also shared the stage with Los Lobos, Daryl Hall, Mavis Staples, John Mayall and the Bluesbreakers, The Derek Trucks Band and more. Reviews: “Jen Kearney is a gifted singer who can belt out a song with the best of them. She puts a refreshing new spin on funk music, showing flashes of funk’s horn-drenched heyday in the ’70s, but also modernizing it with thoughtfully conceived lyrics… Her album further includes top-notch balladry and a touch of Latin excitement. And the climactic song ‘Sanctuary in Sabotage’ is simply mesmerizing.” – Steve Morse (Billboard, Rolling Stone)

Supporter : Romans of St Albans
MORE
Nick Hazell2019-09-02T16:59:14+01:00September 2nd, 2019|
We use cookies to ensure that we give you the best experience on our website. If you continue to use this site we will assume that you are happy with it. OkSee our privacy policy
Go to Top